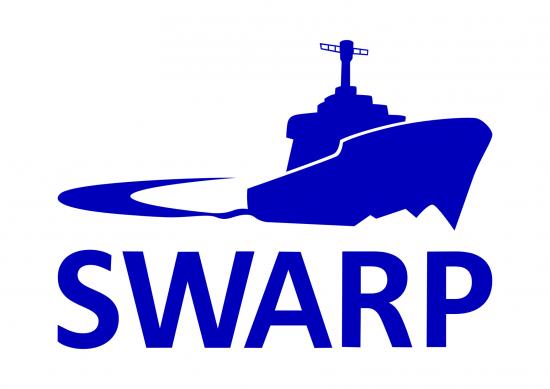 SWARP will develop downstream services for sea ice and waves forecast in the Marginal Ice Zone (MIZ) in the Arctic. Waves in ice are one of the most hazardous phenomena for vessels and industrial activities in the polar seas, but there are presently no services providing any information about either the waves themselves or their effects on the ice state (in particular the distribution of ice floe sizes).

Waves-ice interactions have been omitted in global and regional models of the ocean and waves because such models were initially run at a resolution too coarse to represent the MIZ, the area at the periphery of the ice pack where wave-ice interactions are the strongest. With today’s high-resolution numerical models, the MIZ is now sufficiently resolved that relevant processes can be effectively simulated. However, ocean waves and their effects on sea ice are not represented. The project will develop models and parameterizations that better describe the physics of the MIZ and implement them in two types of operational systems, namely ice ocean and wave monitoring and forecasting systems. The approach outlined in this project builds on existing operational systems and aims to extend their capabilities to a level where they can provide forecasts of wave penetration in ice covered seas and of the effects of waves on sea ice properties. This effort involves recent advances in waves-in-ice modelling, in wave modelling, and in sea ice modelling in the MIZ, most of which have been contributed by the consortium partners. Model developments will be supported by satellite remote-sensing developed for the monitoring of waves-in-ice and their effects on sea ice. These results from the project will contribute to improving the GMES Marine Core Services in the Polar Regions. 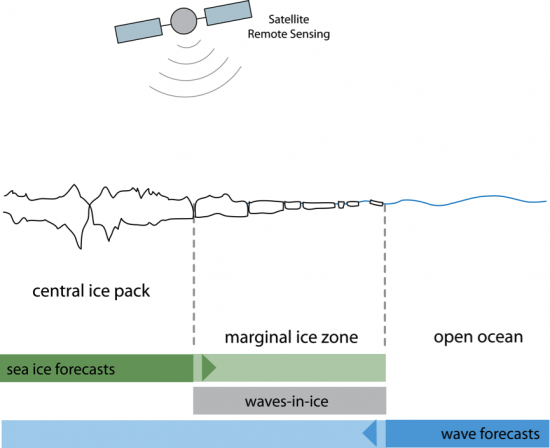 Figure: The SWARP project aims at filling the gap existing in the GMES services with respect to waves in sea ice by 1) extending the validity of wave and sea ice forecasting systems in the marginal ice zone, 2) developing remote sensing methods. As of today, there is no forecasting service in GMES that is valid for the gray zone where waves-in-ice processes dominate.

The monitoring and forecasting systems developed in SWARP aim to become operational by the middle of the project, filling a gap in the present marine services of GMES. A waves-in-ice model will be first validated then included in the forecasting services provided downstream of MyOcean (Arctic sea ice forecast) and as part of Prévimer (global wave forecasts). 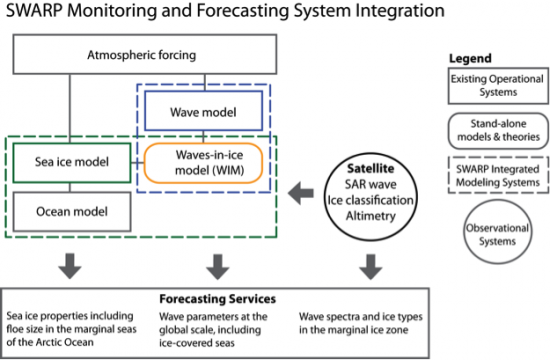 Figure: Schematic of the proposed model developments. Two operational forecasting systems (the ice ocean model, and wave models) will be extended by incorporating waves-in-ice models and parameterizations. The satellite data will serve for parameterization, validation and also as part of the future forecast services in the MIZ.

Within SWARP the plan is to extend Navtor navigational services with a MIZ module, and an integration with the on board decision-and-contingency systems. For offshore and shipping companies planning to operate in MIZ regions, such a service is of crucial importance. The outcomes of SWARP will bridge this gap between available and needed information on the MIZ. 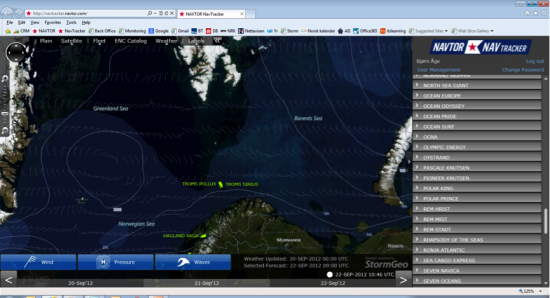 The training workshop on wave and ice forecasting will take place on 28th - 29th September 2016, at NERSC.

The workshop is free and open to current and future users of operational sea ice and wave forecasts with a particular interest in navigation close to the ice edge or into the Marginal Ice Zone.

The Arctic Topaz sea ice forecasts as well as the regional high resolution Barents and Kara Seas and Fram Strait forecasts are now available on the SWARP webpages and data is accesable from the THREDDS server:

This is the first SWARP paper:

The meeting objective is to plan the validation activities.

The brochure from the EU and the 3-folded flyer are attached below.

Our dear friend Alison Kohout (NIWA, NZ, member of the SWARP scientific advisory committee) is breaking the news with her paper in Nature

The Kick Off meeting took place at NERSC in Bergen.

The SWARP project has received funding from the European Union’s Seventh Framework Programme for research, technological development and demonstration under grant agreement no 607476